Born on September 26, 1971, in Helena, Arkansas, Johnny Taylor grew up in and around Memphis, Tennessee. Early inspirations were MAD Magazine, Star Wars, and the rock band KISS. When he entered school, Johnny drew variations of these subjects ad infinitum. This interest in drawing led to a job producing a weekly comic strip at age 10. Thus encouraged, the young cartoonist determined that he would always make art.

Taylor began painting as a student at the University of Memphis (BFA, Art History, 1996). On New Year’s Eve of 1992, he made a resolution to paint three paintings a day, every day, for the entire year. By the end of 1993, Taylor had begun exhibiting the fruits of his labor. Showing paintings regularly ever since, he has not strayed far from the hard-edged cartoon style that marked his initial efforts. Primarily painted in acrylics with screen printed and stenciled elements, Taylor’s output has tapered from his earlier, dizzyingly prolific period. Johnny Taylor’s paintings may be found in galleries in Austin, Boston, Los Angeles, Memphis, NYC and Zürich. 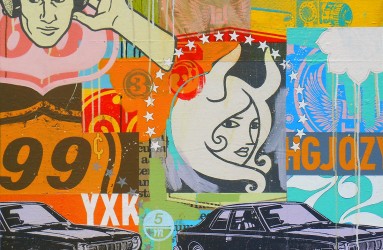 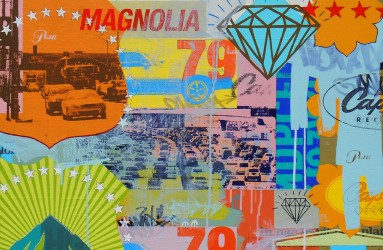 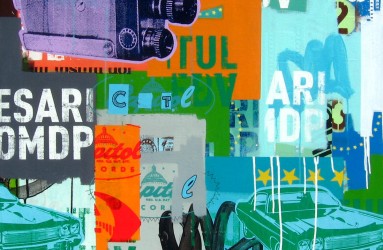 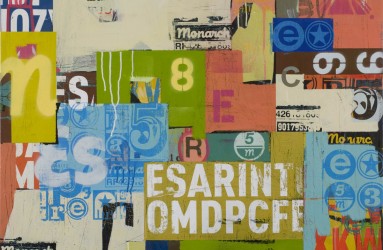 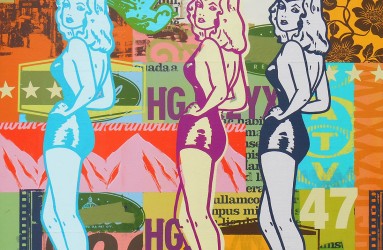