Painter of Prize Fighters, Super Heroes & Seductive Women
As a boy growing up in Elizabeth, New Jersey, Kurtz visited artists’ studios and museums with his mother. From 1978 to 1990 he lived & painted in New York City where he spent a great deal of time around the East Village art scene. For many years Kurtz lived in Mexico during winters where he was exposed to the rich Mexican artistic tradition. He has also lived & worked for many years in New Mexico & in Miami.

Kurtz continues to live in New Mexico and his career has gained momentum since he began showing with commercial galleries and in several art fairs around the world. Richard’s work is in the collection of the de Young Museum, The Museum of Everything, The Clinton Foundation, in the private collection of French artist Sophie Calle, The Blanchard-Hill Collection and many other collections world wide.

Kurtz’s work has a frenetic energy and bold style that recalls graffiti and street art yet includes a variety of unlikely materials such as frayed newsprint, sheet music, maps, invoices, credit card & gift cards. Even though he’s not left- handed, he draws with his left hand in an attempt to be more open and to connect with the more intuitive side of his brain. The Prize Fighter with text is a reoccurring theme in Richard’s work.
He commented on the boxer works by stating, “For me, the image of the boxer is of a warrior ~ a hero.
We all have to fight to remain conscious and present. 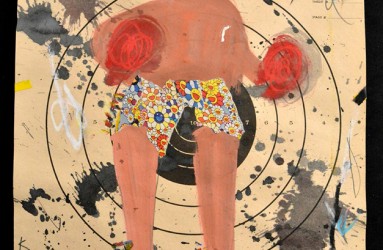 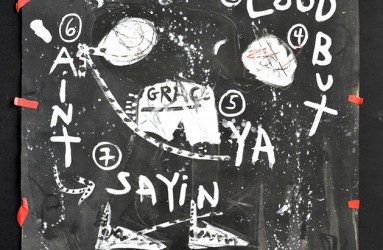 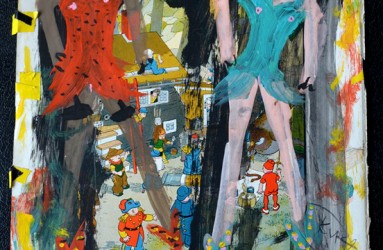 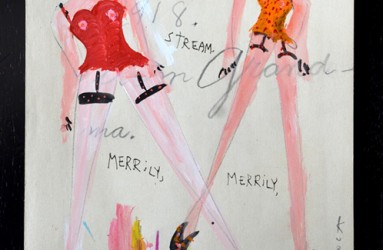 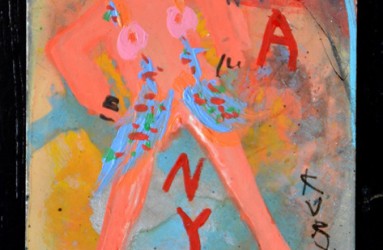 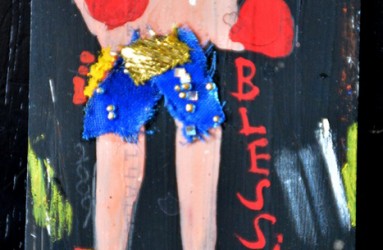 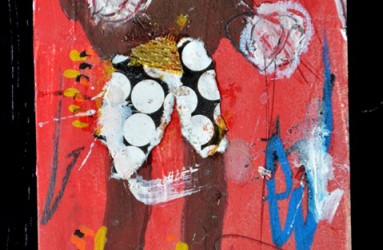 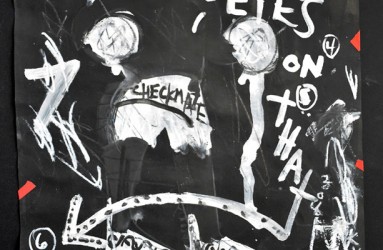 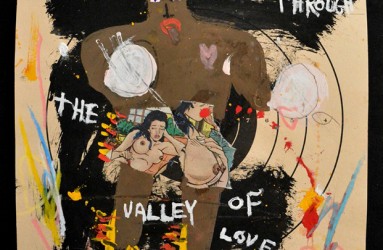 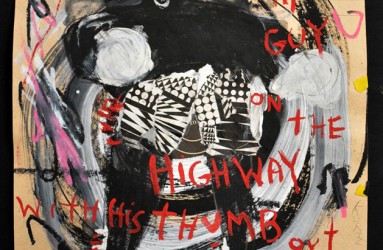