Since 2003, Pippin has continued to explore and reassess her artistic journey. With abstraction as the vehicle, she has begun to incorporate LED into her original pieces, with a goal of maintaining the energy and color for which her artwork is noted.
Creating is what motivates Pippin. She has been creating since the age of four, when she began her first drawings. By the time she was a teenager she was drawing figures and creating posters for school. Then her creations took her into another direction: marriage, children, and job. The drive to create lived on inspiring Pippin to open her own business in 1984. That business eventually made the list of the 50 largest women-owned businesses in Houston.
Creation continued to motivate Pippin, facilitating a move to Santa Fe, New Mexico in 1991. She took her first painting lesson in 1992. There was restlessness about Aleta, though; and in 1997, she quit painting for four years to pursue other creative passions. In 2000, painting again exploded into Pippin’s life, blooming into a full-time passion.
Now intently focused  on doing abstract work, Pippin was  inspired – the paintings were fresher and more sophisticated. They quickly evolved through various processes from acrylics to oils, to mixed media, and once again returning to acrylics and oils. The commitment to paint became complete during this metamorphosis.
In 2006, Pippin and fellow artist, Barbara Meikle opened Pippin Meikle Fine Art and in 2011, Pippin launched Pippin Contemporary in downtown Santa Fe, one block from the Historic Plaza. Her gallery focused on abstract work providing a sensory experience of color and mood for collectors/viewers. In 2012, Pippin Contemporary relocated to the foot of Canyon Road and Paseo de Peralta.
“Being an artist is a life journey as well as an interior journey. I’m continually assessing my work considering how I’d like it to evolve. As a result, I’m constantly exploring various media, resulting in learning new skills. I consider my artwork a tribute to the beauty and the vibrational impact that color imparts and infuse that appreciation into every piece. 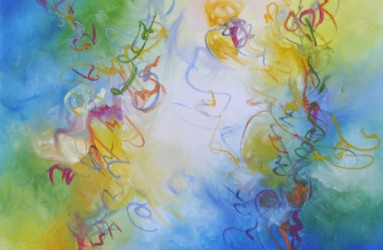 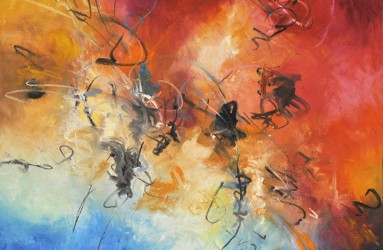 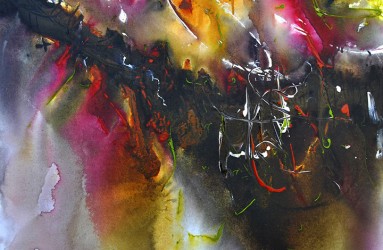 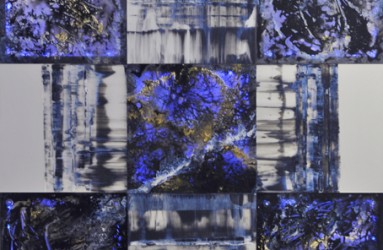 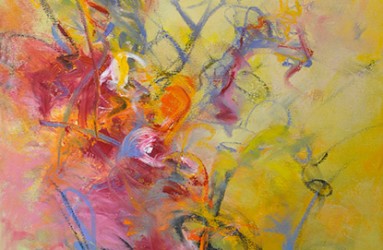