Jon W. Sparks’ wide and disjointed story runs through the imagery in his photographs. As a journalist, he’s interviewed murderers, futurists, schoolteachers, politicians and celebrities from Yo-Yo Ma to Jeff Daniels. As an actor, he appeared as Benjamin Franklin in “Sleepy Hollow” and as a crazed assassin in “Nothing But the Truth” with Vera Farmiga. Observances along the way led him to see things differently, common and uncommon. His images are iPhone pictures freely massaged by Photoshop and various photo manipulation apps — distortions that reveal a speck of truth. 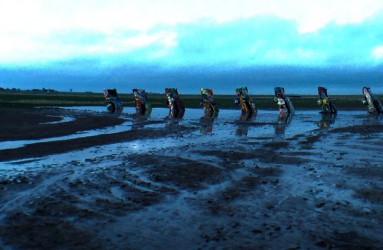 "Muddy Dawn at the Cadillac Ranch" 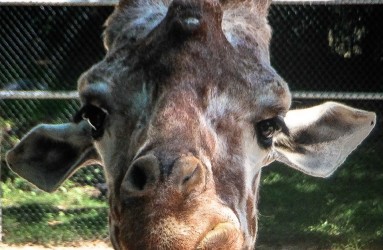 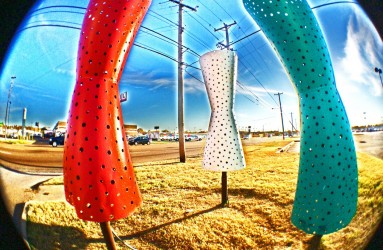 "Welcome to the Malco Drive-In" 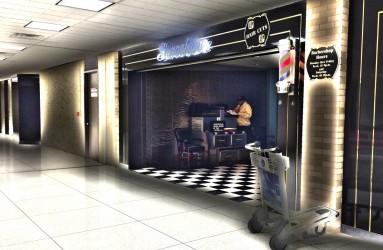