After graduating in 1983 he began building furniture and functional items of steel and wood,opening his studio in 1985.  Soon thereafter Russell became aware of the creative possibilities of working with hot forged metals. Using the tools and techniques of traditional blacksmiths allowed the shaping of metal into forms matching his creative vision. For the next nine years Russell worked in his studio on Broad Avenue, building everything from fire screens to monumental gates, from sculpture to lighting.  Mastering new techniques and materials stimulated his creative vision, each new work allowing a synthesis of ideas.  Driven to incorporate color into his work, Russell began experimenting with fused glass and pate-de-verre.  Initially focused on glass vessels and fixtures, Russell laid the foundation for subsequent mixed media sculpture. His visual vocabulary was derived from his travels, nature and the human form.

In 1994 Russell moved his studio to 15 acres in the countryside northeast of Memphis.  During the next six years, Russell produced an exceptional volume of work, including four commissions for monumental architectural sculptures., including Dancers, Ballet Memphis building, and Blue Plate Special, Wolfchase Gallleria, Memphis. On a visit to New Zealand in 1999 Russell was exposed to a lost wax glass casting technique which he adapted through two more years of hard work and research resulting in the current state of Russell’s art: a fusion of forged metals and cast glass unique to his sculpture. The transparency and optical nature of the richly colored cast glass have an inherent emotional effect that enable the artist to speak quietly, yet powerfully about his ideas on the nature of reality and purity of form.  The effect of the metal forgings, synergized with the images presented by the vivid glass castings give life to his sculptures.

Scale and structure, form and materials, light and shadow, are the guideposts on Russell’s continuing exploration of life through sculptural expression. His more recent installations include the 30’ long Run Wild, in San Francisco, and the monumental outdoor work Torrential, purchased by the town of Newburyport, MA for their Rail Trail project. In 2011 Russell exported 14 of his sculptures for the new palace of Prince Mansour Bin Abdullah in Riyadh, SaudiArabia, as well as completing corporate commissions for SAS Instiute and Evraz Steel.  2012 and 2013 saw major sales to collectors in Qatar and Singapore. In the fall of 2013, running through spring 2014, Russell exhibited both indoor and outdoor works at The Dixon Gallery and Gardens in Memphis. Future exhibitions include the Cummer Museum in Jacksonville, Florida and The New Britain Museum of American Art in Connecticut. 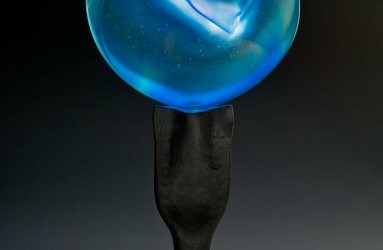 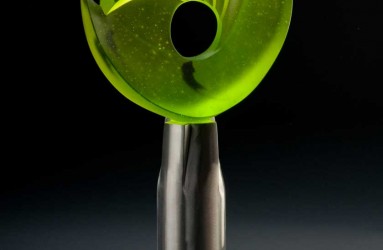 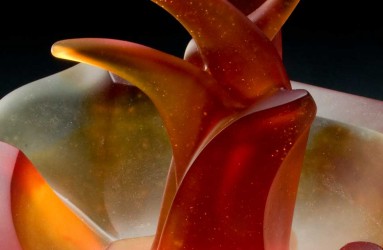 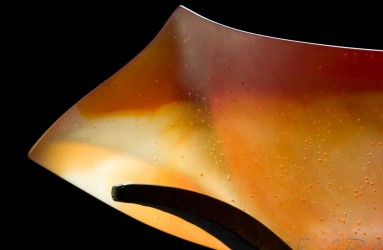 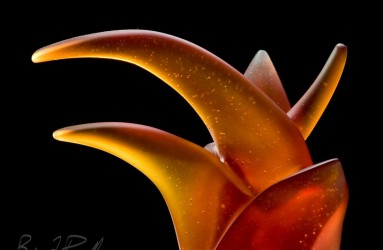 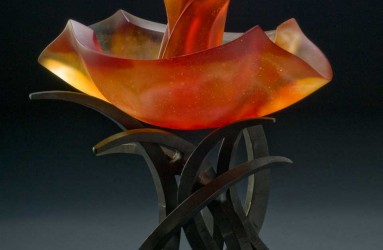 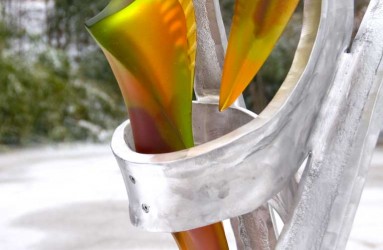 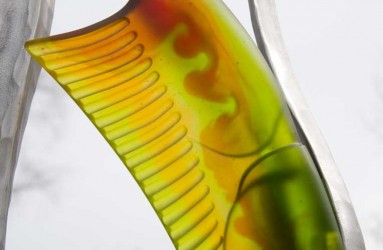 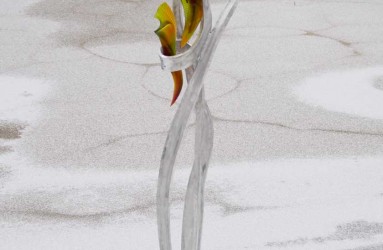 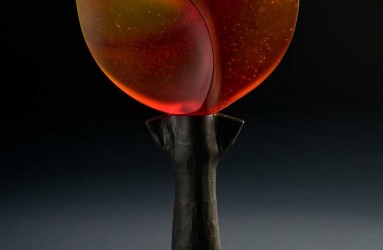 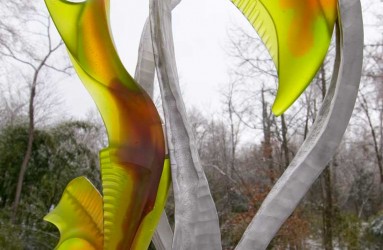